Time to change tack in your business? Peter's #Thought4TheWeek 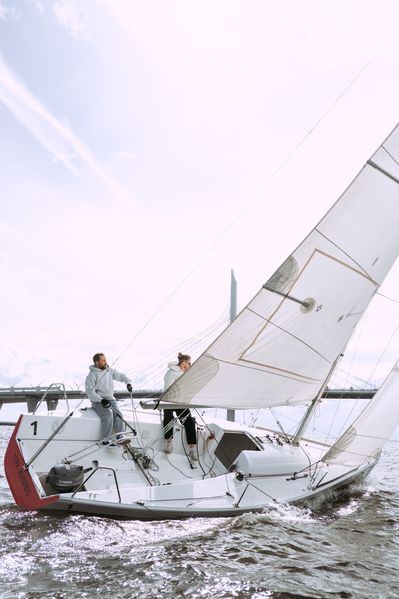 Time to change tack in your business?

In my early twenties, I had the opportunity to go sailing for a day, something I had never done before. I was invited by the Commodore of the sailing club at Pitsford Reservoir in Northamptonshire, to spend a day with him and his boat, a thing called a 505. We spent a very nice day sailing on the reservoir and competing in some club racing. It was fun, it was tiring, and I had to keep doing something regularly because of the direction of the wind… the Commodore kept saying ‘change tack, change tack…’

To change tack means to change course, to try a different approach or a different method.

I must confess I really enjoyed it, and he offered me the opportunity to become his crew for the rest of the year, which in hindsight and from comments from others, was one heck of an offer and I would have taken it up. Except….

In business so often we consider changing tack for where we take our business and ourselves, sometimes we take the opportunity to do so, and other times we don't. As with all things changing direction, whether large or small, carries risks and yet also opportunities.

Some ten years plus ago together with my co-author Lesley Morrissey, we wrote a book called The Reputation Game, which was our thoughts on how reputation was being considered in the changing world. Having a conversation with Lesley recently, it was obvious that it was time for us to rewrite the book and, in fact, because of the direction that life has gone, to make it a brand-new book with a new name The Reputation Gap.

Looking to launch this book in the spring of 2023, The Reputation Gap is the key to having a higher performing business where you work with better people, at better fees, and in a nicer way. In essence to change tack!

The Family Business Practice has, over the last eight years, changed tack several times to serve its members. So back in 2023, we have several face-to-face meetings in a similar manner to how we used to have pre-lockdown, and at the same time have an array of online events… a combination that Members have told us they want.

In business, we change tack regularly, as the market for our products and services change. Sometimes we win, and sometimes we lose. However, we make the decision and change tack, just as I learned on the water that day.

Sometimes the Commodore would tack, and it would work to catch the wind, the boat would fly, and yet, through necessity as we were close to the bank, we changed back again, and we would be in the boonies! In other words, no wind…

The boat slowed right down and we had to work hard to get the boat going again.

Sometimes that's exactly how our businesses are.

The one thing I've learned is you can't stay in the boonies forever.

My question to you is where are you right now?

Flying, tacking, or in the boonies?

Perhaps you need a hand?

You know where we are.

Until the next time...